Words of Bulgarian Traditional Meals the English Should Know

The Bulgarian traditional cuisine offers a variety of delicious traditional meals I’m sure the English would enjoy and would not miss the chance to have a second trip to Bulgaria to taste them once again or even more times. Bulgarian traditional meals are influenced to a great extent by Turkey, our own way of life and the different regions we live in here. Our broad range of salads, baker’s goods and stews would not only appease your hunger but would conquer your taste receptors once you taste our nice and delicious meals. 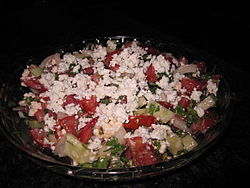 Our most popular soups are shkembe chorba and tarator. At first, you might find the former to have strange appearance but once you taste the tripe, garlic and red pepper, you will find it rather nice and pleasant. Tarator is a cold soup made of cucumbers, garlic and yoghurt. It is especially good if you eat it during the summer although you can taste tarator whenever you prefer at any other time of the year. 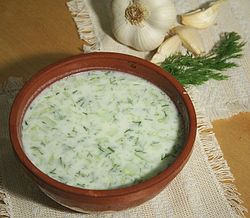 Another popular and preferred snacks is the so called banitsa. It is prepared with pastry that could be filled in with cheese, spinach, rice or meat. 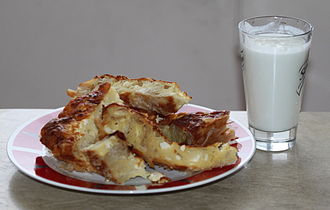 If you visit Bulgaria, you should not miss the so called kebapche. It is a dish of grilled mince with spices. The chef gives the mince a cylindrical form and the meat is usually pork as this type of meat is predominant in Bulgaria unlike England where beef is mainly preferred. 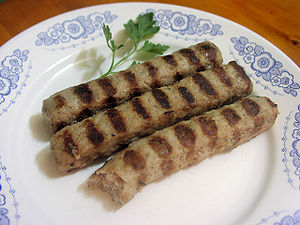 Another Bulgarian meal you should definitely taste is the so called musaka which is prepared by potatoes and minced meat. Once potatoes are cut and mince is added, they are poured by a topping of eggs and yoghurt and then baked.

If you like meat balls with sauce you will probably like the so called sarmi or stuffed peppers. Sarmi are prepared with cabbage or grape leaves stuffed with mince and rice and for stuffed peppers the filling is pretty much the same. 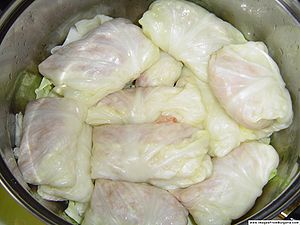 Have a pleasant and delicious trip to Bulgaria!